← New OIG Report, But Same, Ole Results: Medicare and Medicaid Fraud Persistent in PCS
Medicaid Law: What Are Policies Versus Law and Why Does It Matter? →

Exhaustion of Administrative Remedies: Futile as the Caucus-Race?

How many of you have received Remittance Advices from NCTracks that are impossible to understand, include denials without appeal rights, or, simply, are erroneous denials with no guidance as to the next steps?  While these were most prevalent in the first couple years after NCTracks was rolled out (back in July 2013), these burdensome errors still exist.

You are allowed to re-submit a claim to NCTracks for 18 months. How many times do you have to receive the denial in order for that denial to be considered a “final decision?” And, why is it important whether a denial is considered a final decision?

As a health care provider, your right to challenge the Department of Health and Human Services’ (via CSC or NCTracks’) denial instantly becomes ripe (or appealable) only after the denial is a final decision.

It reminds me of the Causus-race in Alice and Wonderland. 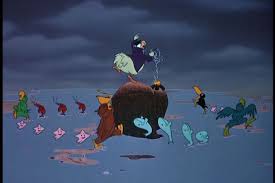 “There was no ‘One, two, three, and away,’ but they began running when they liked, and left off when they liked, so that it was not easy to know when the race was over. However, when they had been running half an hour or so, and were quite dry again, the Dodo suddenly called out ‘The race is over!’ and they all crowded round it, panting, and asking, ‘But who has won?'” – Alice in Wonderland.

On behalf of all health care providers who accept Medicaid in North Carolina and suffered hardship because of NCTracks, at my former firm, I helped file the NCTracks class action lawsuit, Abrons Family Practice, et al., v. NCDHHS, et al., No. COA15-1197, which was heard before the NC Court of Appeals on June 12, 2015. The Opinion of the Court of Appeals was published today (October 18, 2016).

The Court of Appeals held that the plaintiffs were not required to “exhaust their administrative remedies” by informal methods and the Office of Administrative Hearings (OAH) prior to bringing a lawsuit in the State Court for damages because doing to would be futile – like the Caucus-race. “But who has won?” asked Alice.

Plaintiffs argued that, without a “final decision” by DHHS as to the submitted claims, it is impossible for them to pursue the denials before the OAH.

And the Court of Appeals, in a 2-1 decision, agrees.

The Abrons decision solidifies my contention over the past 4-5 years that a reconsideration review is NOT required by law prior to filing a Petition for Contested Case at OAH…. Boom! Bye, Felicia!

Years ago, I informed a client, who was terminated by an managed care organization (MCO), that she should file Petition for Contested Case at OAH without going through the informal reconsideration review. One – the informal reconsideration review was before the very agency that terminated her (futile); and two – going through two processes instead of one costs more in attorneys’ fees (burdensome).

We filed in OAH, and the judge dismissed the case, stating that we failed to exhaust our administrative remedies.

I have disagreed with that ruling for years (Psssst – judges do not always get it right, although we truly hope they do. But, in judges’ defenses, the law is an ever-changing, morphing creature that bends and yields to the community pressures and legal interpretations. Remember, judges are human, and to be human is to err).

However, years later, the Court of Appeals agreed with me, relying on the same argument I made years ago before OAH.

N.C. Gen. Stat. 150B-22 states that it is the policy of the State that disputes between the State and a party should be resolved through informal means. However, neither 150B-22 nor any other statute or regulation requires that a provider pursue the informal remedy of a reconsideration review. See my blog from 2013.

I love it when I am right. – And, according to my husband, it is a rarity.

Here is another gem from the Abrons opinion:

N.C. Gen. Stat. 150B-23(f) states, ” Unless another statute or a federal statute or regulation sets a time limitation for the filing of a petition in contested cases against a specified agency, the general limitation for the filing of a petition in a contested case is 60 days. The time limitation, whether established by another statute, federal statute, or federal regulation, or this section, shall commence when notice is given of the agency decision to all persons aggrieved who are known to the agency by personal delivery or by the placing of the notice in an official depository of the United States Postal Service wrapped in a wrapper addressed to the person at the latest address given by the person to the agency. The notice shall be in writing, and shall set forth the agency action, and shall inform the persons of the right, the procedure, and the time limit to file a contested case petition. When no informal settlement request has been received by the agency prior to issuance of the notice, any subsequent informal settlement request shall not suspend the time limitation for the filing of a petition for a contested case hearing.”

2. How many times do you have to receive the denial in order for that denial to be considered a “final decision”?

There is no magic number. But the Court of Appeals in Abrons makes it clear that the “final decision” must be rendered by DHHS, not a contracted party.

So which we ask – What about terminations by MCOs? Do MCOs have the authority to terminate providers and render final decisions regarding Medicaid providers?

“But who has won?” asked Alice.

“At last the Dodo said, ‘everybody has won, and all must have prizes.'” – Only in Wonderland!

Sometimes, you just need to stop running and dry off.

← New OIG Report, But Same, Ole Results: Medicare and Medicaid Fraud Persistent in PCS
Medicaid Law: What Are Policies Versus Law and Why Does It Matter? →